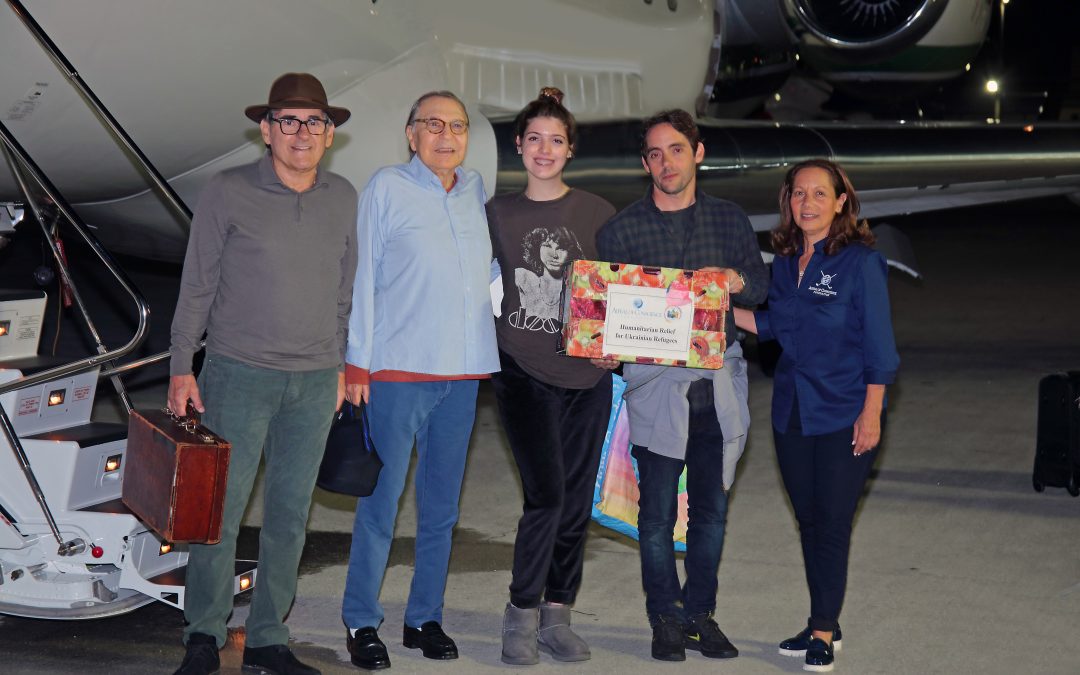 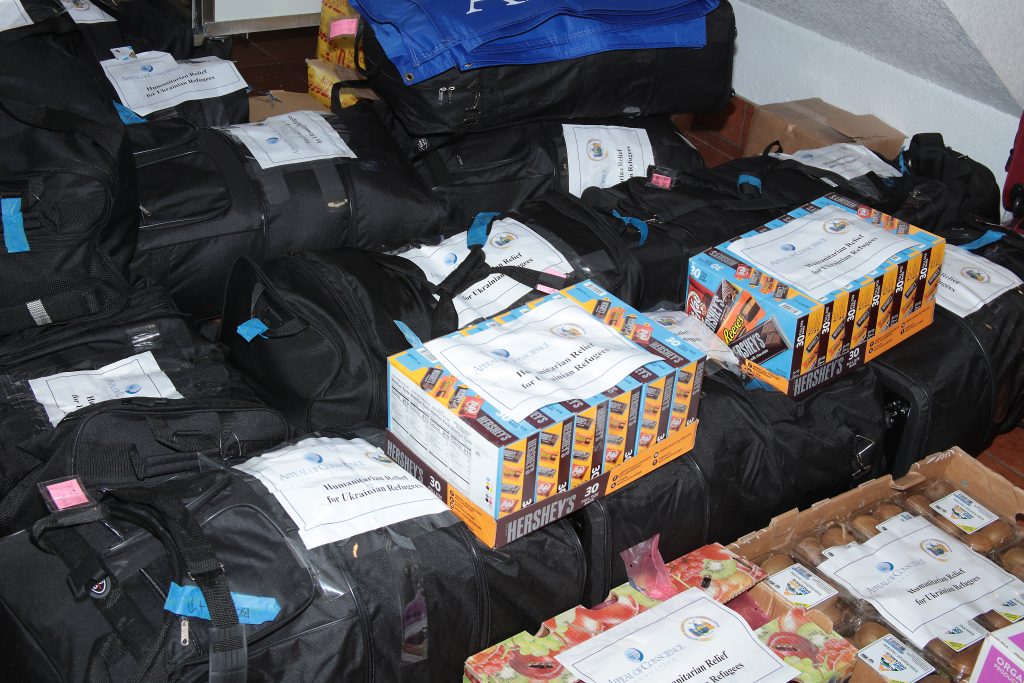 Clothing, food, medical supplies and chocolate are prepped for loading onto a plane headed for Hungary to deliver to the Ukrainian border crossers. Photo courtesy of Appeal of Conscience Foundation

Ambassador Mack and Mr. Brant departed Florida with a plane load of supplies on Thursday evening.

They will meet with high-level government and religious leaders including Cardinal Peter Erdo, Primate of Hungary the Archbishop of Esztergom- Budapest who is a Trustee of the Appeal of Conscience Foundation Advisory Council, with representatives of the various International relief organizations, Jewish relief agencies who are on the scene and leading members of the Hungarian Jewish community. This delegation will leave a team of professionals who will remain at the Hungarian Ukrainian border to assist local officials and healthcare workers in aiding the refugees.

Rabbi Arthur Schneier, the president and founder of the Appeal of Conscience Foundation a survivor of the Holocaust in Budapest  who served as a member  of the United States Presidential Delegation to return the Crown of St. Stephen said, “Eighty years ago the world faced the horrors of World War II. Today the world is responding to the people of Ukraine and to lend assistance to Hungary and neighboring countries who have opened their doors to those fleeing. As a refugee myself, I know what it means to be hungry and to go days without food. I know what it means to flee your home with little more than just clothing on your back. The terror I lived through is part of my life each and every day. For that reason the Appeal of Conscience Foundation is proud to stand shoulder to shoulder with the Pataki Leadership Center in this humanitarian mission in helping to provide the essentials that will assist the displaced refugees.”

“I’m honored to be representing the Appeal of Conscience on this very important Mission,” stated former New York Governor George Pataki. “Together with the Pataki Center we will assess the situation in Ukraine and help those in need.”

Ambassador Mack said, “I have deep family ties to the Ukraine through my great-great grandparents who managed to come to America in the early 20th century. I have been a first responder in other disaster areas and I intend to be a first responder again to bring aid to the innocent victims of war in the Ukraine in their time of need.”

Peter M. Brant said, “The Ukrainian people really need our help.  Whatever we can do big or small we need to do for them now.”

About the Appeal of Conscience Foundation:

The Appeal of Conscience Foundation, under the leadership of Rabbi Arthur Schneier, has worked worldwide on behalf of religious freedom, human rights, peace co-existence and mutual understanding since 1965. To uphold the principle “live and let live” is the Appeal of Conscience Foundation’s continuing goal. An interfaith coalition of business, religious and foreign policy leaders, this international organization promotes mutual understanding, peace and interreligious cooperation and provides a voice of conscience to protect minorities.  www.appealofconscience.org