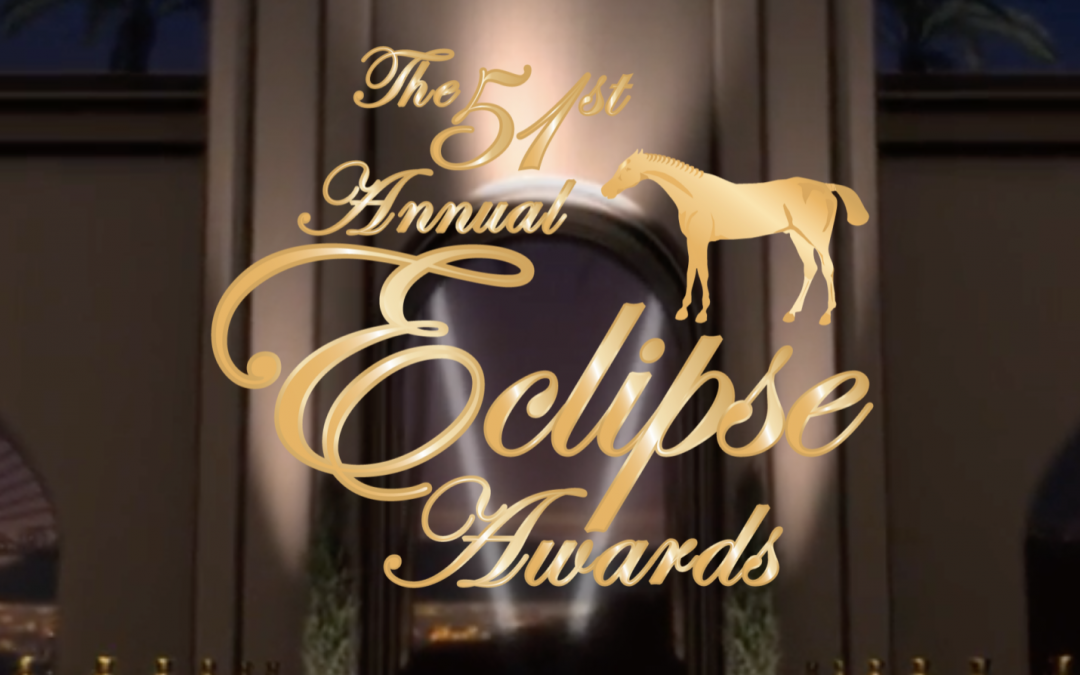 LEXINGTON, Ky. (Jan. 26, 2022) ― The National Thoroughbred Racing Association (NTRA), Daily Racing Form and the National Turf Writers And Broadcasters (NTWAB) announced today that the honorable Earle I. Mack, who has burnished a remarkable career serving his country and the Thoroughbred industry through racing, breeding and philanthropic causes, has been selected to receive the Eclipse Award of Merit in recognition of a lifetime of outstanding achievement.

Mack, 83, will receive the Award of Merit at the 51st annual Eclipse Awards ceremony, honoring racing’s champions of 2021 on Thursday, Feb. 10 at Santa Anita Park in Arcadia, Calif. Winners in 17 horse and human categories will be announced at Santa Anita and live on TVG, and other outlets, beginning at 8 p.m. ET/5 p.m. PT. The evening will culminate with the announcement of the 2021 Horse of the Year.

Eclipse Awards tickets and information on the awards show, dinner and party is available at the NTRA website https://www.ntra.com/eclipse-awards/.

Ambassador Mack, from Florida, has enjoyed a career of varied accomplishments in business, government, the military, the arts, and Thoroughbred racing. He served as the United States Ambassador Extraordinary and Plenipotentiary to Finland in 2004 and 2005 under President George W. Bush.

“This is a distinct honor. Since college I have devoted my life to the equine industry. I love the horse. I love our veterans who have fought hard for the survival of our freedoms and the democracy we embrace as Americans. I am grateful for and would like to give special thanks to the NTRA and the Eclipse selection committee for this special recognition,” said Mack. “I am also immensely grateful to those in the industry who have supported my vision for the Man O’ War Project, most especially The Jockey Club.

“The health, safety and welfare of our horses and the integrity of our sport have been at the center of my advocacy over the years. I’m very heartened by the new HISA legislation which will most certainly inure to the greater good of our industry.”

Ambassador Mack has been a long-time supporter of numerous equine charities, including the Thoroughbred Retirement Foundation and the Grayson Jockey Club Research Foundation, and has inspired others to do good works through his establishment of the Ogden “Dinny” Phipps Award, given annually to someone who has performed meritorious service to racing.

Mack’s most recent cause, as founder of The Man O’ War Project, has allowed him to combine his interest and passion for military veterans and retired racehorses. The focus of the project is to search and discover effective treatments for post-traumatic stress disorder (PTSD) in wartime veterans. The Man O’ War Project team is comprised of researchers from the Department of Psychiatry at Columbia University/New York State Psychiatric Institute (Columbia University Irving Medical Center) with expertise in PTSD, assessment, development and testing of psychotherapeutic treatments, namely Equine-Assisted Therapy (EAT), which is a widely used alternative treatment for many people struggling with mental health and life problems, including veterans.

The initial goal of the Man O’ War Project (MOW) was to examine the effectiveness of EAT for military veterans and military personnel with PTSD. Ambassador Mack approached his friend, David Shaffer, MD, and soon a team was formed at Columbia led by Dr. Prudence Fisher and Dr. Yuval Neria. The project was the first-ever university-led research study to examine the effectiveness of equine-assisted therapy in treating veterans with PTSD. The promising clinical and MRI results have been published in three highly regarded medical journals, including the Journal of Clinical Psychiatry. Building on the success of the study, the Man O’ War Center at Columbia University is under development with the mission to train others in the EAT field in the Man O’ War protocol, expand access to the therapy for veterans, and adapt the protocol for children and adolescents.

“Ambassador Mack’s contributions to the Thoroughbred industry go well beyond his successful breeding and racing operations,” said James L. Gagliano, President and Chief Operating Officer of The Jockey Club. “His support of the Thoroughbred Retirement Foundation, creation of the Dinny Phipps Award, and contributions to the Man O’ War Project exemplify what the Eclipse Award of Merit represents, and he is well-deserving of it. We are honored to have him as a member of The Jockey Club.”

Among his many other endeavors, Ambassador Mack served on the board of directors of the New York City Ballet. He is also a former co-chairman of the board of the Dance Theater of Harlem and a former member of the New York Governor’s Committee on Scholastic Achievement. He was chairman and CEO of the New York State Council of the Arts in New York from 1996 to 1999, being named Chairman Emeritus upon his retirement.

Ambassador Mack and his wife Carol have two children, Andrew and Schuyler.

The Eclipse Awards are named after the great 18th-century racehorse and foundation sire Eclipse, who began racing at age five and was undefeated in 18 starts, including eight walkovers. Eclipse sired the winners of 344 races, including three Epsom Derbies.